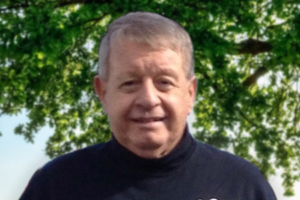 The late Ward “Papa Buck” Newman was an Air Force veteran with a passion for animals. He spent his retirement driving for the “Rescue Road Warriors,” a group whose volunteers rescue dogs from puppy mills and drive them to shelters across the country.

“He loved his dogs, maybe sometimes a little bit more than humans,” Buck’s granddaughter, Camryn Crist, said. “Those dogs were his life. He was going to do anything to be able to continue that.”

When keratitis began to take his sight, Buck required a cornea transplant. “If he had to give up driving, I think he would have just sat in a chair and withered up,” Buck’s wife, Sarah Newman, said. “It might seem small, but to him it was huge.”

“Organ donation is a tough subject to talk about with children,” Camryn said. “By putting it into a coloring book, I was able to combat the issue of talking about it. I’ve also been able to get new donors in the state of Missouri, which is a huge accomplishment and something I would love to continue.” 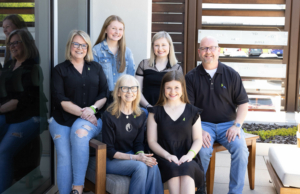