Some people like doing yardwork; others tolerate it. Then there was Josh Birrell — a sweet, kind, helpful teenager whose passion was lawnmowing. When he wasn’t obsessing over lawncare, Josh loved playing games with his family or basketball with friends and sometimes strangers.

“He was so happy,” said Jon Birrell, Josh’s father. “He was like a light for a lot of people, and I know I’m a better person because of him.”

Josh passed away after living with epilepsy and autism. Although his family struggled with their loss, they also felt at peace with his passing.

“Losing most 19 year olds would be a devastating tragedy,” said his mother, Kelley Birrell. “For Josh, it wasn’t, because we knew it was a blessing for him in a lot of ways. He was tired; he was sick. He’d been in pain.”

The Birrells are grateful for Josh — who donated organs and tissues — and everyone who gives the gift of life.

“Organ donation gives people a hope that their lives can be different; that there doesn’t have to be sickness and hurting,” Kelley said.

“We have a very strong Christian faith, so we know where Josh is,” she continued. “But also, it’s pretty cool to think that there’s a little bit of Josh still here.” 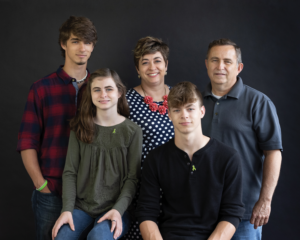