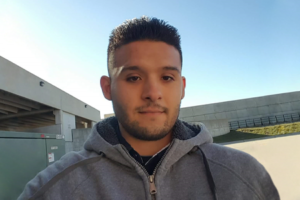 Zach Mendoza’s parents, Joe and Lisa Rodriguez, remember him as being sweet, kind, tender and loyal. A hard worker with two jobs, one of Zach’s bosses thought of him as the “heart and soul” of their organization.

“He had that gift of a personality that people loved and gravitated toward,” said Joe.

Zach also was sensitive, selfless and cared for everyone he encountered. Joe and Lisa recall that when Zach first received a driver’s license, he did not hesitate to join the organ, eye and tissue donor registry.

Since Zach passed away over Easter weekend in 2019, Lisa and Joe have found immense comfort knowing that Zach’s legacy lives on through his recipients.

“Zach would have been happy that others have life because of him,” said Joe.

Almost exactly one year after Zach’s death, Joe’s sister, Cruz Rodriguez, received a lifesaving kidney transplant after being on the waitlist for 10 years.

“It was really meaningful that her transplant also happened on Easter weekend,” Joe said of his sister’s transplant. “In a way, it was almost like a gift was being returned to our family.”