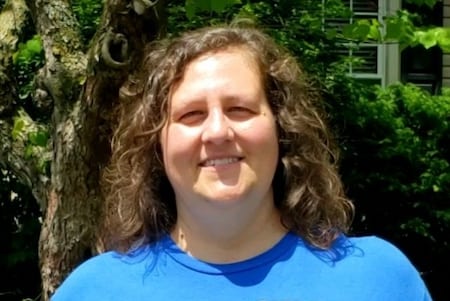 After passing out at track practice in January of my freshman year of college, I was sent to two different cardiologists for tests, and since neither could see anything wrong with me, I was cleared to return to practice and was able to finish out the year. About two weeks after the end of the outdoor track season, in mid-May of 1991, I started feeling like I did in January, so my parents took me to the emergency department at a local hospital. While answering the general check-in questions, I passed out, and once back in an exam room, I was found to have a serious heart arrhythmia called ventricular tachycardia (VT). My heart was going way too fast and was in the wrong rhythm.

This hospital did not specialize in these types of cases so, once stabilized, I was transferred to another, more specialized hospital in town, where I was diagnosed with a rare congenital heart condition called arrhythmogenic right ventricular dysplasia (ARVD). This condition not only causes VT, but it also causes fatty, fibrous tissue to build up on the right ventricle.

Over the next 18 years, with the help of an amazing cardiologist, I was able to live a really good life overall, despite having to manage my condition. I was able to finish college with two bachelor’s degrees, be successful working full time as a Medical Lab Scientist, travel and enjoy life with my family and friends! Sure, there were procedures that I had to go through from time to time, like getting an implantable defibrillator in 1995 and a few replacements over the years. And there were times spent in the hospital, but I always tried to just do my best to make each day fun regardless of where I was and what I was doing!

On July 2, 2008, things started to take a turn for the worse. I can still remember like it was yesterday exactly where I was when it seems like a switch was flipped. Beginning on that summer day, I was either in the doctor’s office or in the hospital at least once a week, every week until a night in mid-November when everything came to a head. That night I began having VT that my defibrillator could not pace me out of, so it had to shock me instead. In total, I was shocked seven times before we could get to the hospital and get an IV medicine that would control my heart. The next day I had the last of my many ablation procedures that are used to help eliminate the areas that cause the heart to go into the wrong rhythm. That was also the day that we decided it was finally time to be evaluated for a heart transplant. Honestly, it was not a surprise when my doctor brought it up; I had known for years that transplant was going to be my last-ditch treatment option, and after how things had gone since July, I kind of figured we were working our way there.

In early December 2008, I was evaluated for transplant, and it was determined that I was indeed to that point. On Jan. 6, 2009, I was placed on the transplant list. Over the next seven months and 12 days, I continued to work and do my best to enjoy life. At first, I was still full time but over time had to reduce my hours, and by summer I was down to four hours day. By July 2009, I ended up needing to go on IV medication 24 hours a day, but I was lucky enough to be able to do this at home and still go to work. That was a true blessing, as many people need to wait in the hospital for a while before their transplant!

On Aug. 18, 2009, early in the morning, THE CALL finally came. They had a heart for me! This was an especially amazing day to get the greatest gift that anyone can give, because that day is also my mom’s birthday! It is so special to be able to share that day with her each year, and I cannot thank my donor and their family enough.

Recovery had its little hiccups and took a little longer than some. We also learned that my heart was actually much worse than any of us knew. It was the size of an NFL football and was black/dead on the inside.

Since being given this gift, I have tried to live life to its fullest, and I still always try to have fun and find the positive in each day. I continue to work full time in the lab, travel any chance I get, and spend time as much as I can with my family and friends. I get to be a part of big family moments like weddings, graduations and births. I have been able to get back into my throwing events in track and pick up a few other sports, while competing in the both the World Transplant Games and the Transplant Games of America.

I strive to honor my donor the best I can, and there is not a day that goes by that I don’t think of them and their family. While I have not been able to meet my donor’s family, and I know nothing about my hero, I know I would not be here today without their generosity! A fellow heart recipient once told me he feels as though every donor family is his donor family, and I couldn’t agree more! I have been fortunate enough to meet many other donor families who amaze me, and I am blessed to call some of them my adopted donor families!

Over the years, things have not always been easy, but that does not mean that my life has not been a blessing! As I look back, I sometimes think, “Yeah, that wasn’t the best day” or, “Well, yeah, I could have done without going through that,” but that doesn’t mean that I would want to change things. This journey has made me who I am. It has brought so many wonderful people into my life whom I honestly can’t imagine my life without! It has taught me that I am strong and that with the right people and support system, I can get through anything!

When I first got sick, I didn’t think I would make it to 40, and here I am rocketing toward 50 in fewer than two years! In May, I will celebrate the fact that it has been 30 years since I nearly died. In August, thanks to God, my donor, their family and my amazing medical team, we will celebrate my 12th heart birthday. I think it is safe to say, life doesn’t get any better than that!

Our thanks to Barb Sheble for writing this guest blog post. 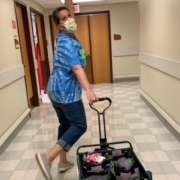 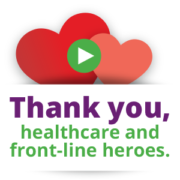 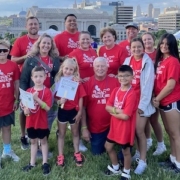 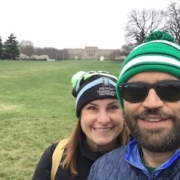 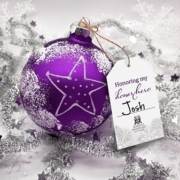 Bringing Light to a Sometimes-Bittersweet Season

Making Sure “Little Chris” Is Never Forgotten
Scroll to top