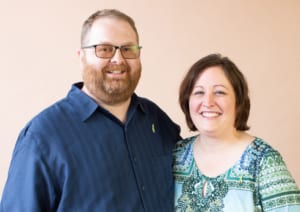 In 2006, Nicholas Bean Sr and Kimberli Bean reached milestones like those of many other young couples: They got married, bought a house and purchased a car. Before their wedding, Nicholas had a routine physical for the first time in years. Labs revealed Nicholas’ kidneys were failing and he needed a transplant.

He underwent dialysis every night so he could continue working daily. Kimberli and her parents were tested to see if anyone could donate a kidney to Nicholas. Incredibly, all three were matches; Kimberli ultimately gave the gift of life to her husband.

After recovering from his transplant, Nicholas said he had much more energy and felt like a teenager again.

“Part of me kind of hoped Kimberli losing one kidney would slow her down a little bit so I could keep up, but it didn’t,” Nicholas jokingly said. “Since then, she’s given us two beautiful kids, and I couldn’t ask for more.” 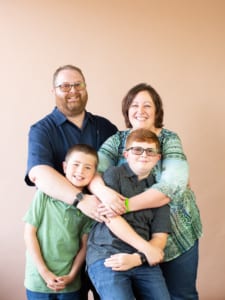 Pictured: Recipient Nicholas Sr and his wife, living donor Kimberli, with their children (from left to right), Declan and Nicholas Jr