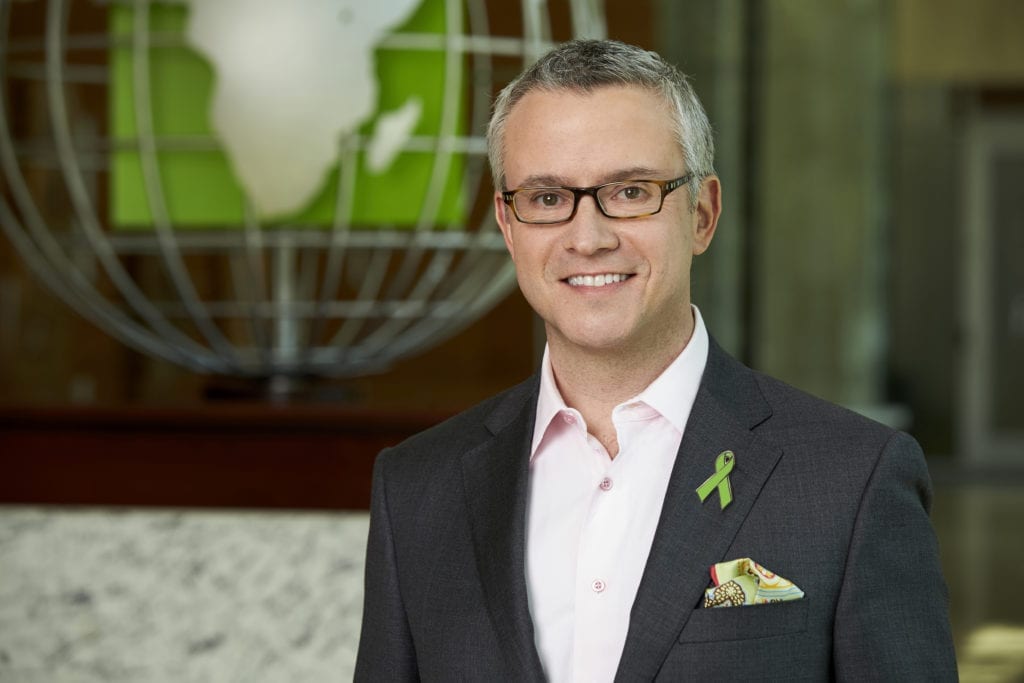 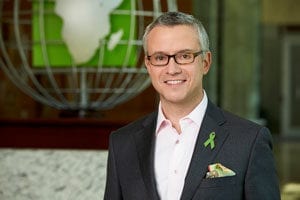 In 2018 — the 15th anniversary of his father’s living donor kidney transplant — Jeff Jones became the first Green Ribbon Champion for Midwest Transplant Network. As a vocal advocate, Jeff says he’s honored to continue taking part in the hope-filled campaign. His goal: create even greater awareness of the need for more registered organ donors in Kansas and Missouri, and ultimately, encourage others to join the donor registry.

“Giving life is profound — and there is no easier way to give life than to become an organ donor.”

As President and CEO of H&R Block, Jeff is an inspirational leader focused on innovation. He is also passionate about community outreach that improves lives. With his deeply personal connection to organ donation — Jeff’s aunt saved his father’s life as a living kidney donor in 2003, and his father has publicly advocated for organ donation within his own community ever since — Jeff says the opportunity to serve as a Green Ribbon Champion is an excellent fit. Jeff felt he could make a difference by sharing his family’s story and inspiring others to join the organ, eye and tissue donor registry.

The response, he says, has been amazing. “When I first posted on social media last year, I was thrilled to hear from so many people willing to share their stores about organ donation,” Jeff explained. He heard from parents whose children were saved, from friends who didn’t know the story of his father, and from complete strangers who thanked him for giving his voice to such an important cause. In addition, his associates at H&R Block hosted their own organ donor drive at the company’s Kansas City headquarters — a collective act of kindness that makes Jeff beam with pride and admiration.

Watch Jeff’s story in the video below:

Together with Midwest Transplant Network and all the Green Ribbon Champions, Jeff Jones invites you to join your state’s organ donor registry and encourages others to do the same. Learn more about the types of donation, including the option to be a living donor, and the incredibly positive emotional experiences for organ donor families and transplant recipients.