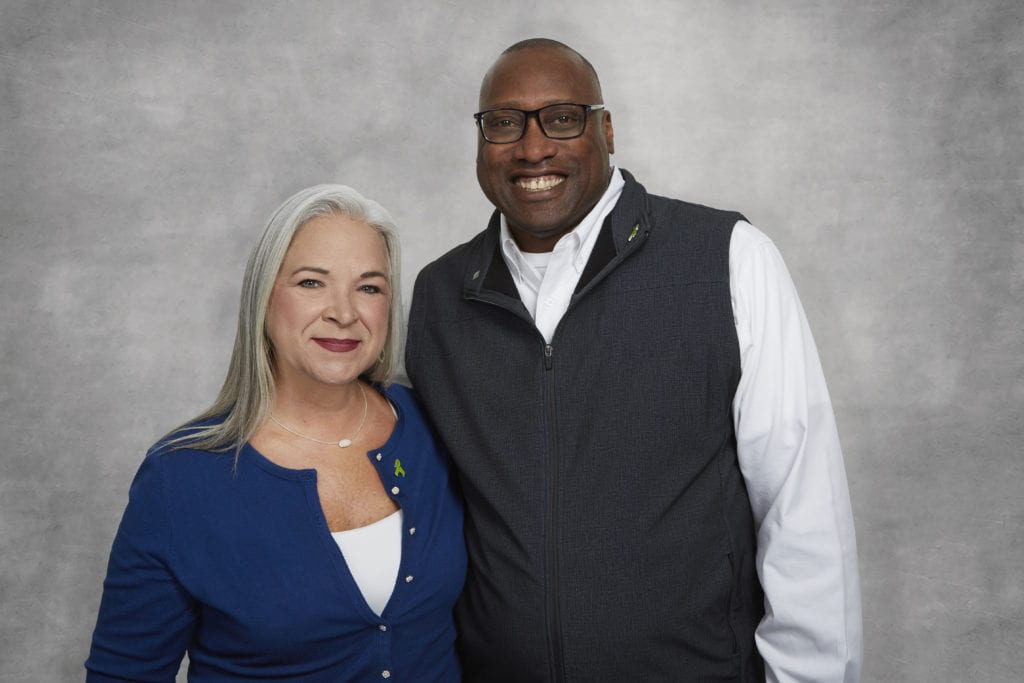 Teaming Up to Support Organ Donation

Alonzo Jamison and his wife, Colleen, join forces to promote awareness and advocacy 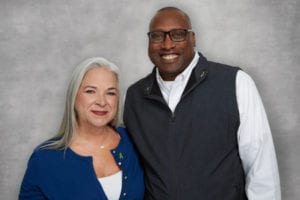 As a former star for the University of Kansas men’s basketball team, Alonzo Jamison is used to being in the spotlight. Over the past year, people have seen his face on billboards — although not for his athletic abilities. Since Midwest Transplant Network named him a Green Ribbon Champion a year ago, Alonzo has used his talents to advocate for organ, eye and tissue donation.

Now, his wife, attorney Colleen Jamison, joins him in spreading the word about donation and transplantation as part of Midwest Transplant Network’s Green Ribbon Campaign. Together, the Jamisons hope to encourage others to give the gift of life through donation — a gift that saved Alonzo’s life.

Alonzo recalls undergoing dialysis for up to 11 hours a night for two years. After receiving a lifesaving kidney transplant, feeling healthy again ranks above most other experiences in his life, including playing on college basketball’s biggest stage: the Final Four and NCAA national championship games.

“Going to a Final Four is great, but it doesn’t show what kind of person you are,” Alonzo said. “What people see is what they see on the court. They don’t really know what makes me tick. Going through a life-altering situation that I went through with needing a kidney, you get to know exactly what that person is made of. And it’s completely different from what you see at a Final Four.”

Colleen saw firsthand how much Alonzo’s disease and eventual transplant impacted his life. They both will forever be grateful to Alonzo’s living donor, Wichita native and Army veteran Shekinah Bailey.

“Just knowing that Alonzo is finally healthy is a real blessing for me.”

Since Alonzo’s transplant, Colleen has been determined to educate people about the importance of organ, eye and tissue donation, volunteering for the National Kidney Foundation and in support of local donation efforts. She and Alonzo work tirelessly to combat myths surrounding donation and transplantation, which can be particularly common in minority communities.

“If you’re on the fence at all, register when you sign up for your driver’s license,” she said. “It’s no good to you when you’re gone, so give the gift of life to somebody that can use it.”

Watch Alonzo and Colleen’s story in the video below:

Together with Midwest Transplant Network and all the Green Ribbon Champions, the Jamisons invite you to join your state’s organ donor registry and encourage others to do the same. Learn more about the types of donation, including the option to be a living donor, and the incredibly positive emotional experiences for organ donor families and transplant recipients.